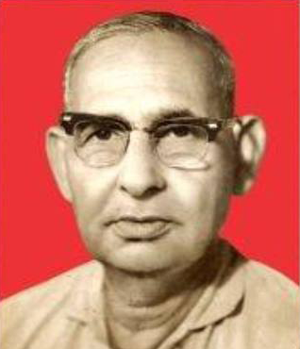 Gaya Prasad was born on 20 June 1900 in the village of Jagadishpur, Bilhaur tehsil, Kanpur. His father and mother were Mauji Ram and Nandarani respectively. After completing the high school studies, he done the medicinal practice course in Kanpur.

Dr. Gaya Prasad main responsibility was to provide a cover for the bomb manufacturing factories of HSRA. A bomb factory in Turi Bazaar, Ferozpur was started by Dr. Gaya Prasad under the name Dr. B S Nigam. This factory was operational from August 10, 1928 to February 9, 1929. The other revolutionaries worked there with different name, like Shiv Verma as Ram Narayan Kapoor, Chandrashekhar Azad as Pandit ji, Sukhdev as Balejar, Mahavir Singh as Pratap Singh, Jaigopal as Gopal, and Vijay Kumar Sinha as Bacchu. This dispensary was used for manufacturing bombs. The odour of the chemicals could be easily be justified to the locals and neighbours as arising during the preparation of medicines.

After February 9, 1929 they decided to shift bomb factory to sahranpur for protecting them from police action. But Kalu Ram from Ferozpur inform Sahranpur police about Dr. Gaya Prasad. On May 15, 1929 police arrested him and send to Lahore. Here, along with the other HSRA revolutionaries, he participated in the hunger strike. He was tried under the Lahore Conspiracy Case, sentenced for life imprisonment, and deported to the Andaman cellular jail. Even in Andaman, he conducted a 46-day long hunger strike to protest against the unfair and inhuman treatment of the prisoners. His HSRA compatriot, Mahavir Singh died in this same strike because of forced feeding, He was expatriated in 1937 but again sent to the cellular jail, finally, released in 1946.

After independence he struggled for the rights of farmers and workers. He was sent to jail a couple of times – for 6 months in 1958 and for about one and a half years between 1966 and 1968.

He died on 10 February 1993. He is survived by a son, Kranti Kumar Katiyar, and daughter, Dr. Sumanbala Katiyar.

On December 26, 2016, Minister of State for Health & Family Welfare, Ms. Anupriya Patel headed a program to introduce an Indian Postal stamp in the name of Dr. Gaya Prasad Katiyar.