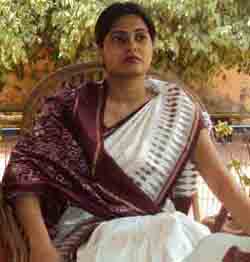 Anupriya Patel is presently Member of parliament from Mirzapur district. Previously she was M.L.A. from Rohniya constituency in Varanasi, Uttar Pradesh, India. She is the daughter of Sone Lal Patel, who founded the Apna Dal political party.

She was educated at Lady Shri Ram College, Amity University and Kanpur University. She has a Masters degrees in Psychology and also in Business Administration (MBA), and has taught at Amity.She has married   Ashish Kumar Singh Patel.

Anupriya Patel become the general secretary of Apna Dal after the death of her father in October 2009. Her mother, Krishna Patel,formed her separate  party.