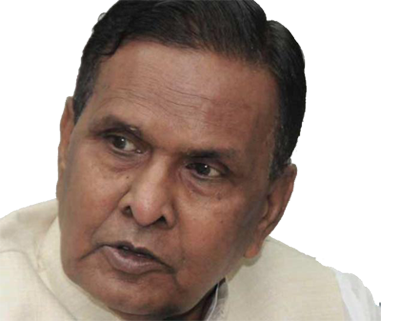 Beni Prasad Verma was five term MP from Gonda Lok Sabha seat and was Cabinet Steel Minister of Indian Government. Previous position held Minister of State for Steel.
He served as the Union Communications Minster in Deve Gowda's cabinet from 1996-98.
He was re-elected to the Lok Sabha in 1998, 1999 and 2004 from the Kaiserganj constituency. In 2009, he was re-elected to the Lok Sabha from Gonda constituency in Uttar Pradesh state as an Indian National Congress candidate and on July-12-2011 was appointed the Steel Minister in Manmohan Singh Government. He is strong kurmi kshatriya leader in uttar pradesh.
Beni Prasad Verma had established educational institutions Charan Singh Mahavidyalay at Bardari near Badosarai and Mahanlal Verma Educational Educational Institute in his home district of Barabanki.