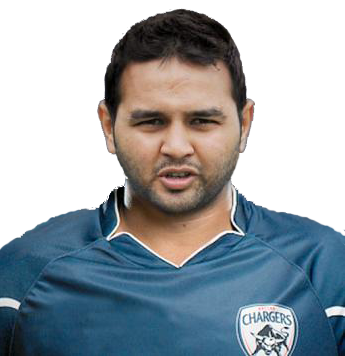 Parthiv Ajay Patel is an Indian cricketer, wicketkeeper-batsman, and a member of the Indian national cricket team is a Kurmi sport person. He is a left-handed batsman. He got married in 2008 (at the age of 23) to Avni Zaveri.

Patel made his ODI debut against New Zealand in January 2003. He made his Test debut in 2002 in the 2nd Test against England at Nottingham after Ajay Ratra was injured, becoming the youngest wicket-keeper in Test history at 17 years 152 days, eclipsing the previous record of Pakistan's Hanif Mohammad (which stood at 17 years 300 days since 1952), despite still not having played in any domestic first-class matches. He was dismissed for a duck in the first innings but batted for over an hour on the last day to help prevent an English victory. He was selected in the Indian squad for the 2003 Cricket World Cup but did not play any games, with Rahul Dravid being used as a makeshift wicket-keeper to allow the use of an extra batsman or bowler. With this policy in place, Patel only made intermittent appearances in ODIs, usually when Dravid was injured or being rested (in full or from wicket-keeping duties). He played 13 ODIs in a two year span, and during an interrupted career managed only an average of 14.66 and a top-score of 28 and was dropped thereafter. Parthiv returned to the Indian team in 2010 in the 4th and 5th Odi vs New Zealand. He celebrated this moment by hitting two back to back half centuries.Later on he was called up for replacing injured Sachin Tendulkar in India tour South Africa .

Patel was auctioned in the inaugural Indian Premier League (IPL) to Chennai Super Kings. He used to be a regular in the team and opened with the former Australian opener Matthew Hayden. He later played with Deccan Chargers. He did not keep wicket as the Indian wicketkeeper and captain MS Dhoni was in the team. For the fourth season, he was signed by Kochi Tuskers Kerala. On 16 May, it was announced that Parthiv will be leading the Kochi Tuskers Kerala for the rest of the 2011 Indian Premier League. As a result of the termination of Kochi Tuskers franchise, Parthiv along with the other players from the franchise was once again auctioned for the 2012 Indian Premier League season. He was picked by Deccan Chargers for $650,000.